Traveling theater groups in India‘s northeastern state of Assam are reviving the local art and culture scene after the COVID-19 pandemic forced a pause in their performances for a year and a half.

Seven roving theater companies are back on stage playing before crowds in villages, towns and cities across the state. These mobile theaters are among the most popular forms of local entertainment.

“The public response has been very good. They love live performances. We have no competition from television and the digital boom,” said Prastuti Parashar, a top Assamese actress who owns the Awahan Theater group. 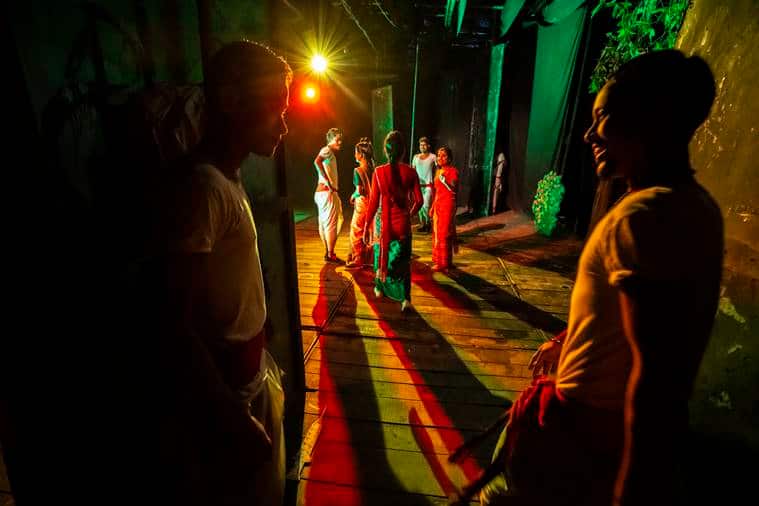 Traveling theater groups in India’s northeastern state of Assam are reviving the local art and culture scene after the COVID-19 pandemic forced a pause in their performances for a year and a half. (AP Photo/Anupam Nath)

Before the coronavirus hit the region, about 50 theater groups, each involving 120 to 150 people, performed throughout the state. They would start in September, coinciding with major Hindu festivals like Durga Puja and Diwali, and continue until April.

The Awahan Theater is among the groups that have resumed performances and it ended its season last week with the advent of the traditional new year.

Drama is an integral part of Indian culture and the mobile theater groups don’t restrict themselves to mythological and social themes. They have in the past covered classic Greek tragedies, Shakespearean tales and historical subjects like the sinking of the Titanic, Lady Diana and Osama bin Laden’s attack on the World Trade Center in 2001. The groups travel with directors, actors, dancers, singers, technicians, drivers and cooks, in addition to all the stage infrastructure to perform three shows in one place before moving on to the next makeshift venue — like a circus show. The performances feature many of the state’s top actors, including Bhabesh Baruah, Tapan Das, Mridul Bhuyan and Pranjana Dutta.

During the pandemic-related pause in live theater, some artists and musicians tried their luck in television or digital content, two industries that have depressed the market for movies in Assam.

How To Make Overnight Oats? Follow This Easy Recipe And Have A Healthy Breakfast