Flying a paper plane is no longer child’s play. On May 13 and 14, in Austria’s iconic Hangar-7 housing historic aircrafts, helicopters and Formula One racing cars in Salzburg, paper planes will fly left and right, and even do some acrobatics as the world’s largest paper plane flying competition gets underway. From among 2,900 participants in India, Delhi’s Aayush Mandawat and Hyderabad’s Deepak Chowdhury, both students, will lock horns with paper plane pilots around the world.

Back at the Aero Space Hangar that stands hidden behind the Automobile Engineering department in SRM University, Kattankulathur, strobe lights kept in tune with groovy music, as 20-somethings steadily shot off paper planes one after the other, in a practice session. 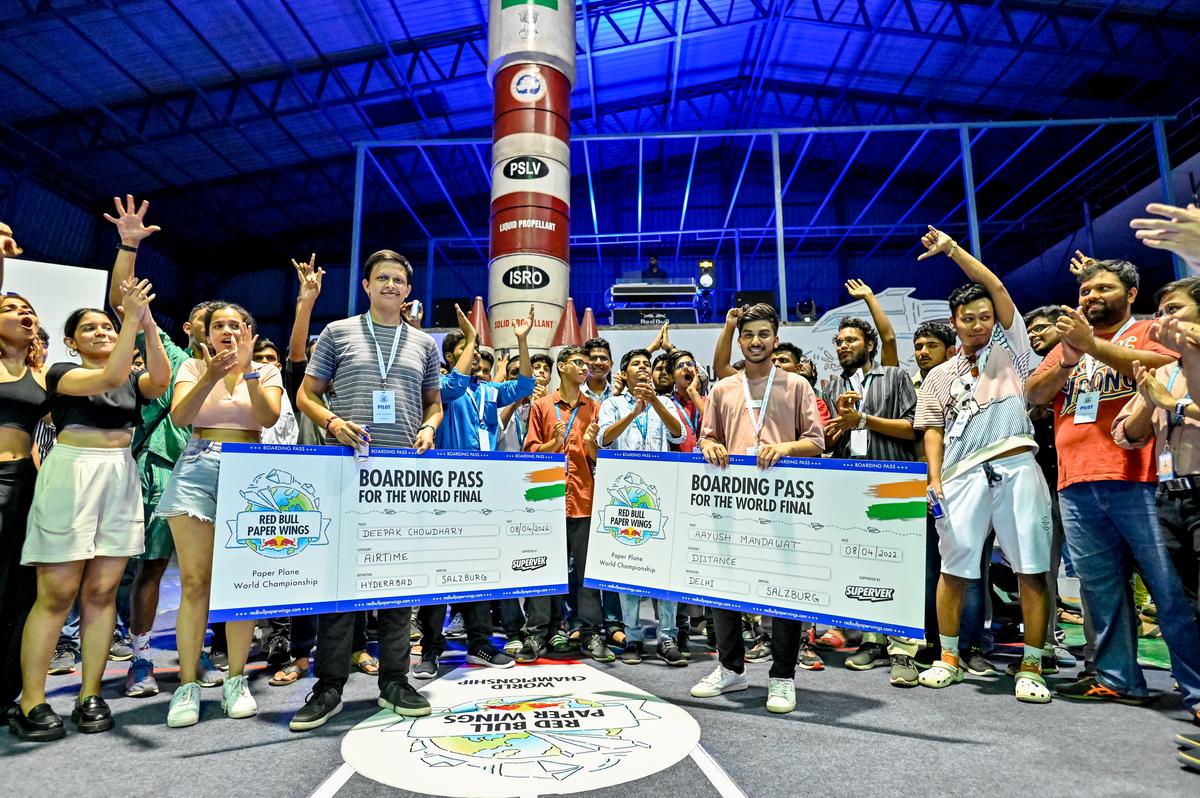 The scene was ironic. In the background was a sturdy model of CESSNA – 172 R (a fixed wing aircraft), while paper planes were in the air; albeit for a few seconds before they crashed silently on the grey runway (a carpet with markings). The plane that makes it the farthest, wins (Distance category). And, the plane that manages to stay in flight the longest, also wins (Airtime category).

Later that day, 16 finalists from across the country gathered at the same hangar to fight for the coveted opportunity to fly to Salzburg. In India, 35 metres was the longest anyone had managed to make their paper plane fly, but Aayush reached an impressive 38 metre mark and broke the record, to thunderous applause and excited screams. Similarly, Deepak Chowdhury from Hyderabad, kept his plane in flight for 10.45 seconds, making him National champion in the Airtime category.

The competition by Red Bull is titled Paper Wings that happens once every three years, had 490 qualifiers across 62 countries in 2022. The World Final that takes place in Hangar-7, also a tourist spot, will give finalists a chance to fly with Flying Bulls, a global fleet of aviation enthusiasts who have a penchant for rare and historic airplanes and helicopters. Red Bull started the paper plane competition in an attempt to reach their audience — young adults in colleges around the world. They never thought it trivial, rather as something that encourages students to be imaginative and creative.

For Aayush, a BTech student of Delhi Technological University, this came as an unexpected opportunity. He signed up spontaneously following a friend’s suggestion. “I had no idea that this was a global competition,” he said. 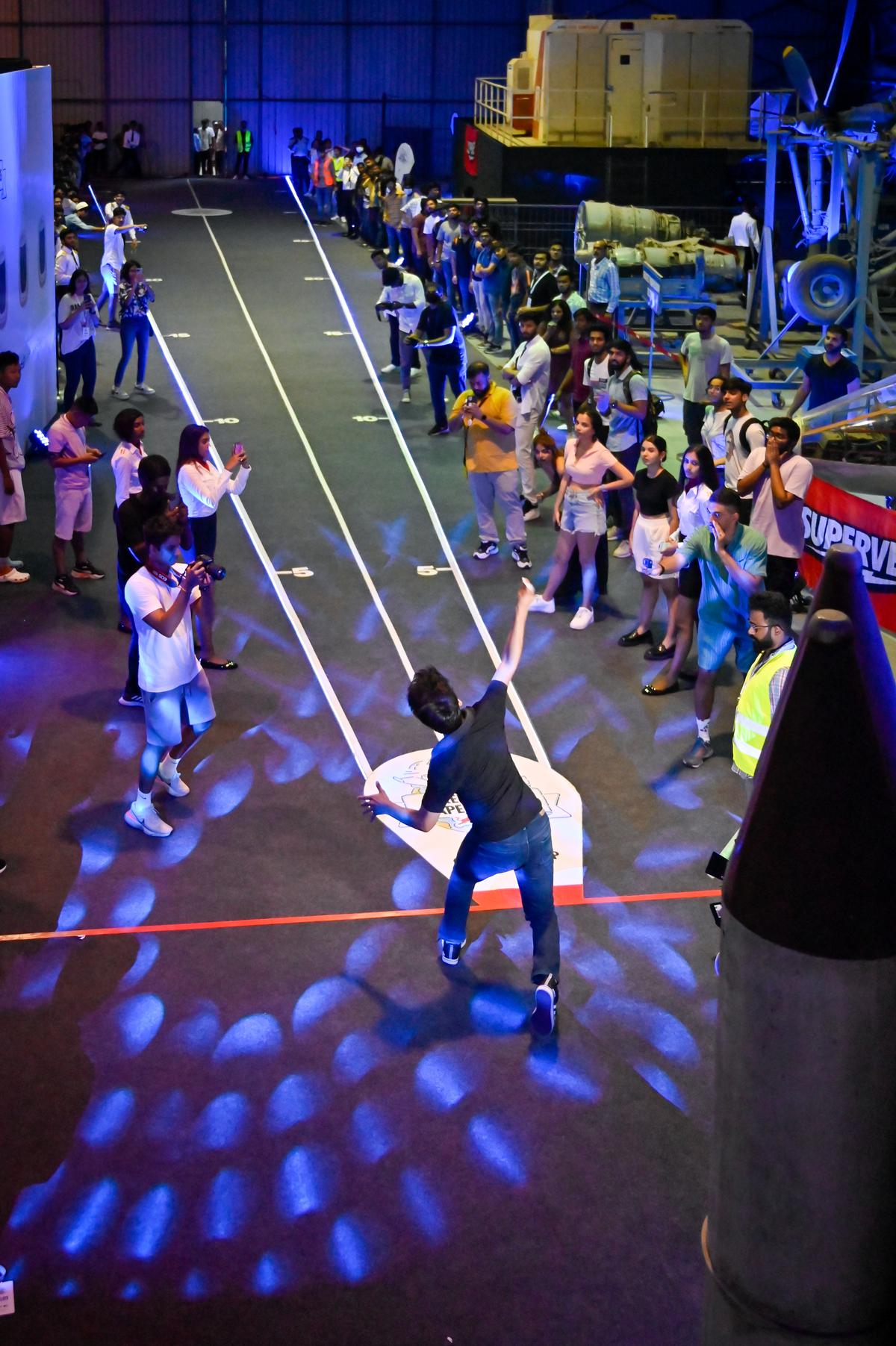 He lets us in on his tricks and tips. While the make of the plane and its weight are determinants of how far the plane can go, Aayush said, “It has to be narrower and heavier on the front. The wings should not be wide. And if you keep folding at the nose repeatedly, you’ll get a heavier nose. That is the only technique I employed.” Throwing it with power, but at the same time maintaining control matters, since the plane shouldn’t go beyond the marked boundaries.

Brad Pitt’s ‘Bullet Train’ to release in India in August