Farooq Chaudhry, producer of Akram Khan Company, has shown to the world how culture and commerce can co-exist

Farooq Chaudhry, producer of Akram Khan Company, has shown to the world how culture and commerce can co-exist

Ask Farooq Chaudhry and he will tell you why commerce is actually not a bad word in the world of art. A former professional dancer, who graduated from the London Contemporary Dance School, he is today among the most successful international dance company producers. You might wonder about the role of a producer in a dance production, but Farooq has proved why the inputs of a sharp creative and business mind are as crucial as that of a choreographer.

Co-founder and producer of the globally-recognised Akram Khan Company, Farooq knows well how to not compromise on artistic excellence while devising economically viable dance projects.

Over the last two decades, he has identified collaborations that have facilitated the progress of dance across cultures. Of course, the celebrated dancer-choreographer Akram Khan’s unique contemporary vocabulary, with its roots in Kathak, spurred Farooq’s futuristic vision.

“As a producer, I have to put in place the set up in which artistes can come up with their very best work every time. It’s not just about money, it is also about creating the optimum process. You need to find the right people and ensure risk, invention, courage, curiosity, and collaboration can thrive in a fragile space. As a producer, who is also a critical friend, I need a cold eye and a warm heart as I seek to help the idea become the best version of itself. I also have to be good at raising money, and designing business structures, that optimise artistic practise,” says Farooq, who was awarded an OBE (Order of the British Empire) in 2019. 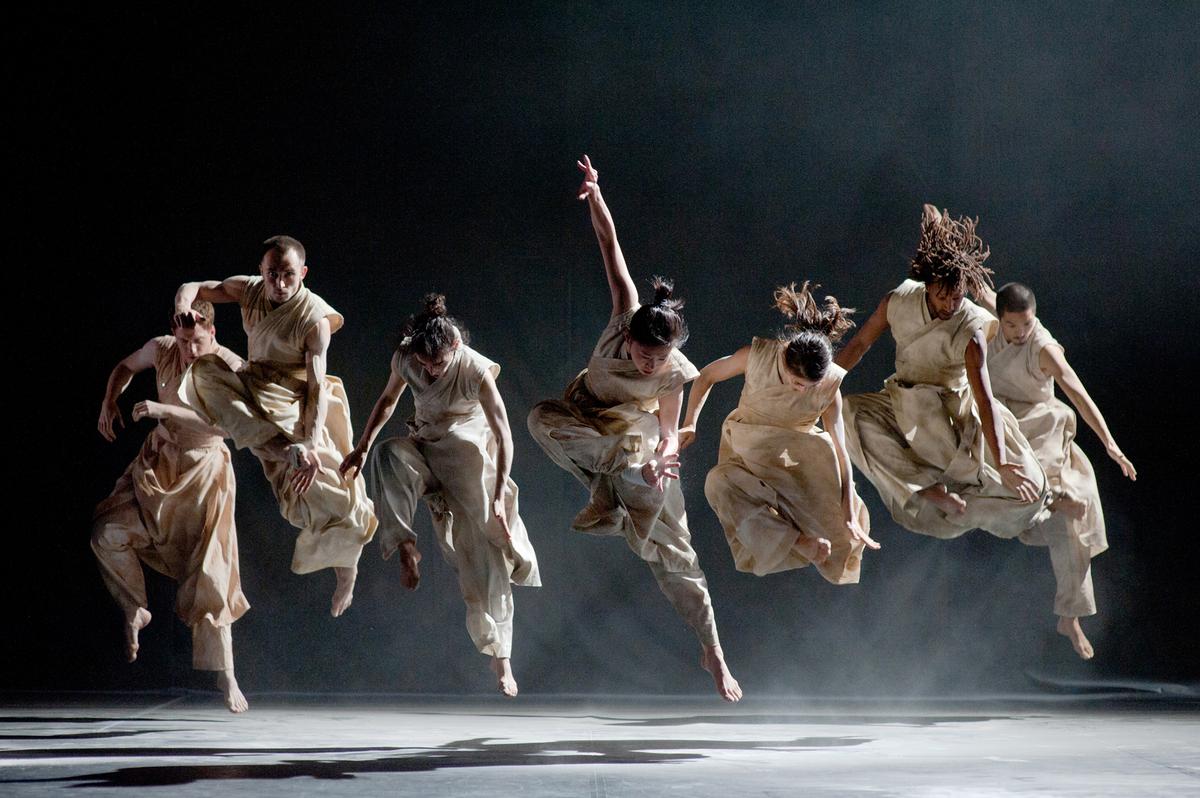 Perhaps his favourite description of what he brought to the Akram Khan Company, and the field of dance comes from Alistair Spalding, who is the artistic director of Sadler’s Wells Theatre in London: “There was a dancer and choreographer, and then there was a manager and producer, and they created the Akram Khan Dance Company – A dance company that became a platform for stories from another perspective. A company that put true collaboration at the heart of its practice. A company that changed the rules of the game.”

Farooq, who was also the international creative producer for China’s dance icon, Yang Liping, and for the English National Ballet, is known to be a strong voice in the U.K.’s cultural scenario. Whether it’s the declining standards of dance training and art policies or the quality of dance productions, he has rarely been shy about airing his views. Does it mean he is sceptical about the sweeping changes in the highly experimental contemporary dance and feels it’s fraught with risks?

“I may have been critical in the past, and that’s absolutely necessary if you’re trying to defend ideals and an optimistic view of dance. I’m very encouraged by what’s happening in dance now. It’s so much more porous than other art disciplines (blessed by the fact it’s non-verbal), and you can see all kinds of fascinating encounters and dialogues among different genres, traditions, cultures, and perspectives. Without these, we risk stagnation, and in the slipstream of stagnation lurks mediocrity. Dance is pluralistic and we are fighting and in some quarters winning the battle for multiple truths and the complexity that comes with this. Because of this I feel hopeful for the future,” says Farooq.

With his expertise in dance management, he thoroughly understands the industry’s needs. Since 2000, when he and Akram Khan established the company, they have demonstrated to the world how dynamic business practices and creative freedom can co-exist. With every major collaboration and choreographic work, they have been driving home this point. 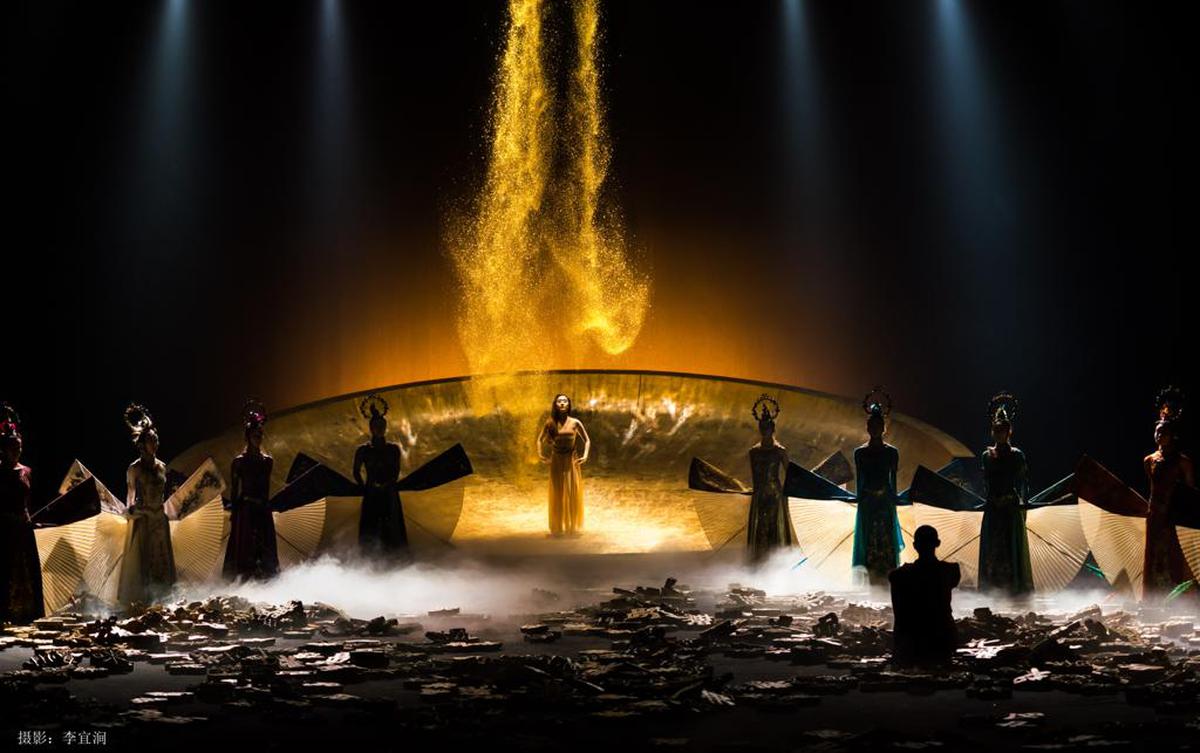 “You have to have nerves of steel and resilience, but you also need to adapt and be fluid. Creative freedom and financial viability are a tango, and the skill is knowing at what point does one lead and one follow. Again I come back to the word courage, and the knowledge that whatever route you take artistic excellence is our North Star. I also think we’ve benefitted by having an equal footing in our partnership. It’s collaborative, and we have such different skills that when combined have become more than the sum of their parts. Of course, courage cannot exist without trust, faith and fear, seeing failure as a friend instead of as an enemy.”

As one of the artistic directors of the fifth edition of Prakriti Foundation’s PECDA (Prakriti Excellence in Contemporary Dance Awards), to be held from April 18 to 23 in Bengaluru, Farooq is once again engaging with artistes, who thrive on the traditional-modern synergy in dance.

Over the years, he has watched Akram stun audiences around the world by bravely fusing his Kathak training into his contemporary works. Farooq is sure about dance finding exciting new audiences across generations by merging the traditional ideas of high art and popular art.

“India is becoming a fertile ground for hybrid thinking. Many years ago it was more polarised, and now artistes cross-fertilise in such interesting ways. You can’t ignore the personal in this. Each artiste, despite his/her training, has a lived experience and world view that is unique to them,” explains Farooq.

Though some of the dance works in recent times, especially in India, have been an outcome of just putting together movements to gain an innovative edge and contemporaneity, he thinks it would be short-sighted to categorise contemporary dance as having no form or technique.

“It’s more a mindset than a skill set. A desire to experiment and challenge or even provoke conventional thinking or forms. It’s not a free-for-all. Great ideas need anchoring. I liken classical forms to novels, and contemporary dance to poetry. More compressed with symbols, metaphors, and subconscious impulses. There are as many contemporary forms as there are classical ones.”

Though there has been a decisive digital shift in artistic practices in the past two years, Farooq is glad about art slowly returning to real time and space. “There have been some brilliant digital expressions as well as some awful ones. The digital space is the most competitive on the planet. But a profound sense of belonging and mystery is shared when an extraordinary act is witnessed by a community in a live space. We are not disembodied here,” he says.

With an eagerness to share his diverse experiences, and talk about his intriguing role of a dance company producer with young enthusiasts, Farooq has been a regular speaker at workshops and programmes around the world.

“Dance is no longer about just going up on the stage and performing. It’s a whole new world with plenty of opportunities and roles to play. They need to remain insatiably curious and embrace beautiful questions instead of seeking answers. They should not start with the meaning, but learn to discover it,” says Farooq.

Srinidhi Shetty: ‘Feel humbled to be part of the KGF universe’